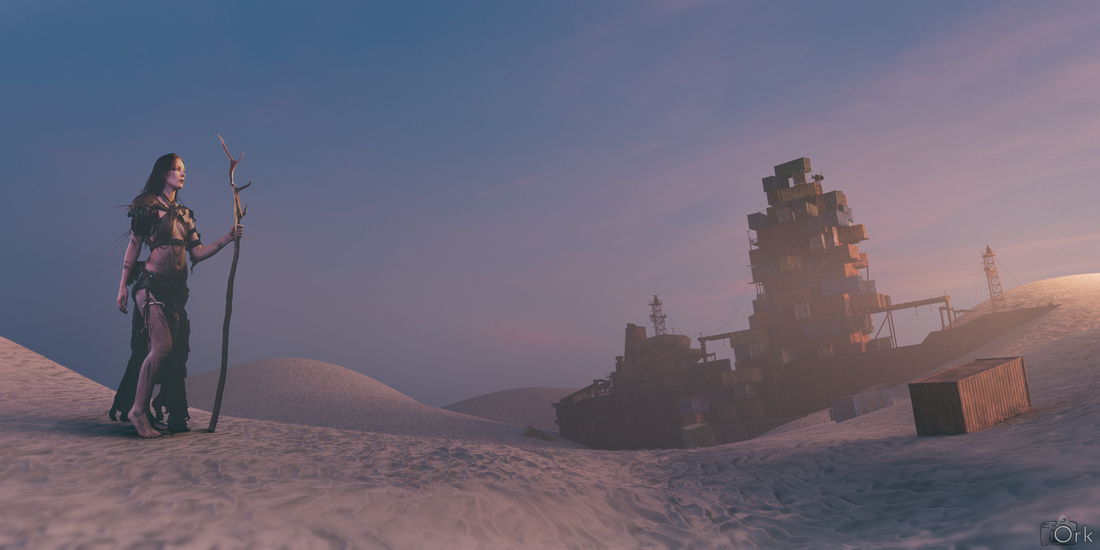 And just for fun, here's some earlier visuals 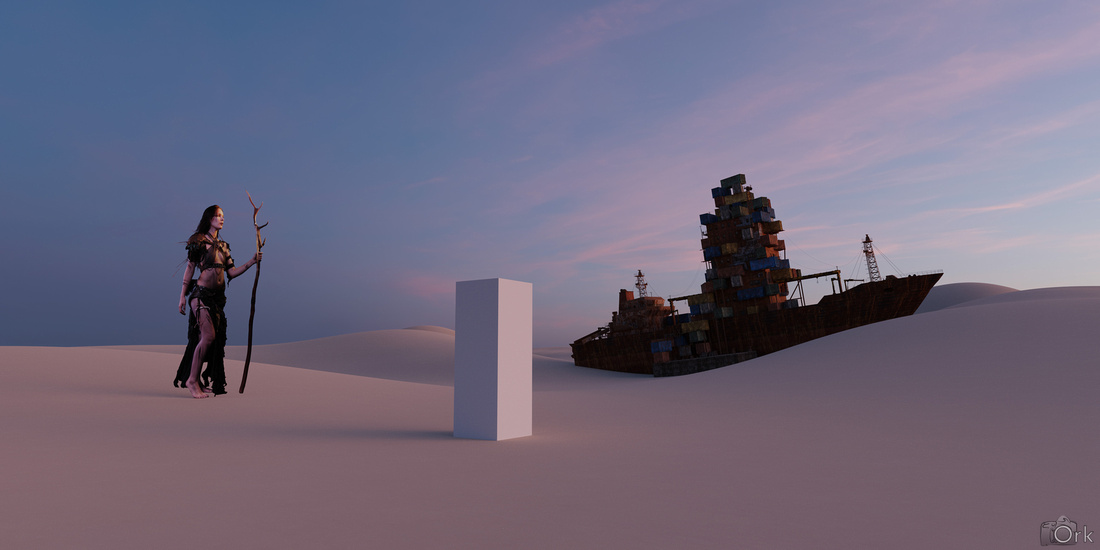 Iteration 4: one of the very first renders were everything came together. The model and ship are there, but there's no texturing on the ground yet. The box is for size. 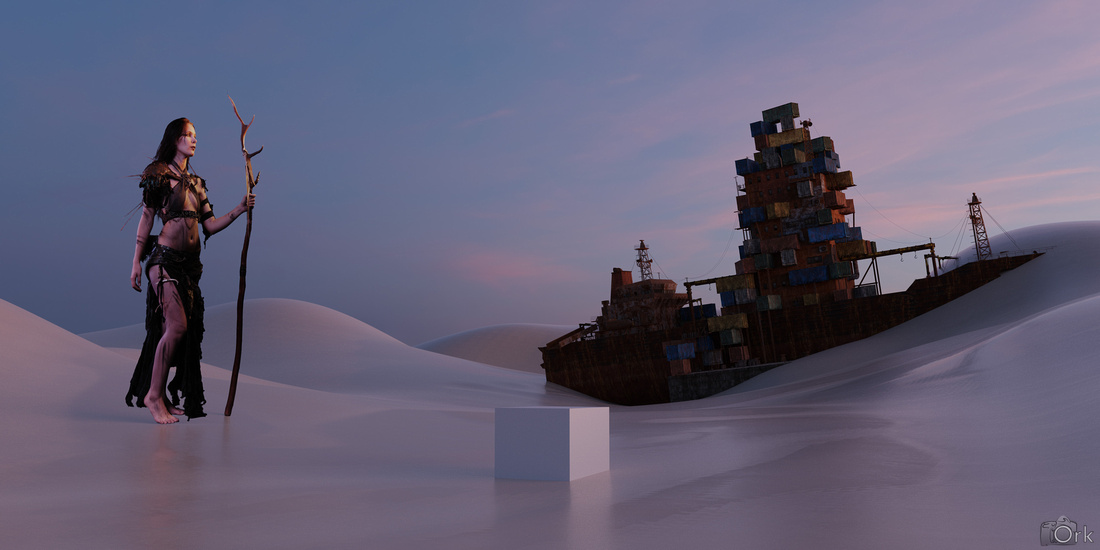 Iteration 6: Reshaped the sand dunes and randomly playing with their texture settings. I kinda liked this look, but it's not the visuals I intended to get. I drowned the box by accident. 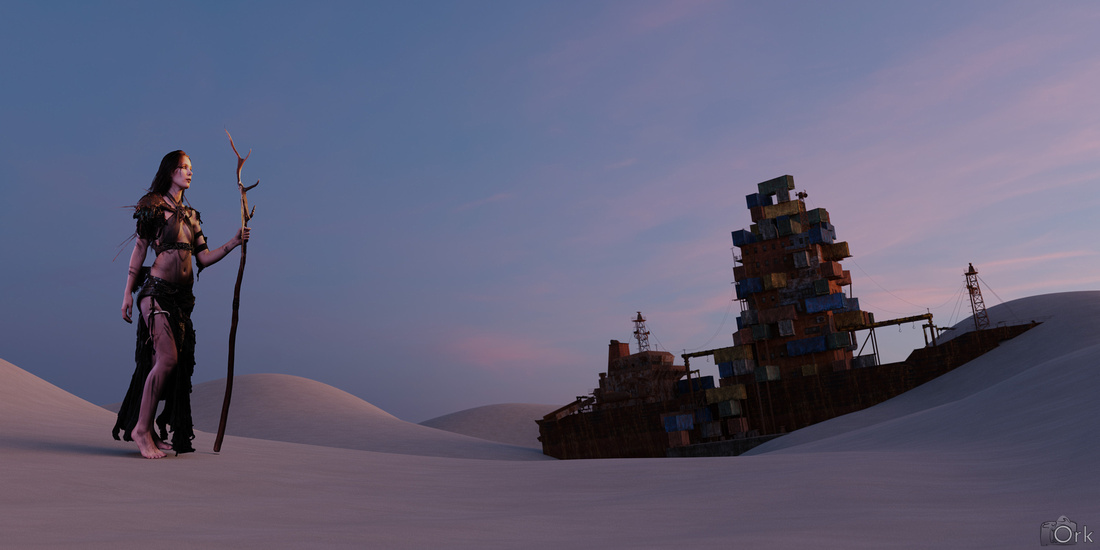 Iteration 7: much beteter! This is getting close to the look I was aiming for. It needs more details though! 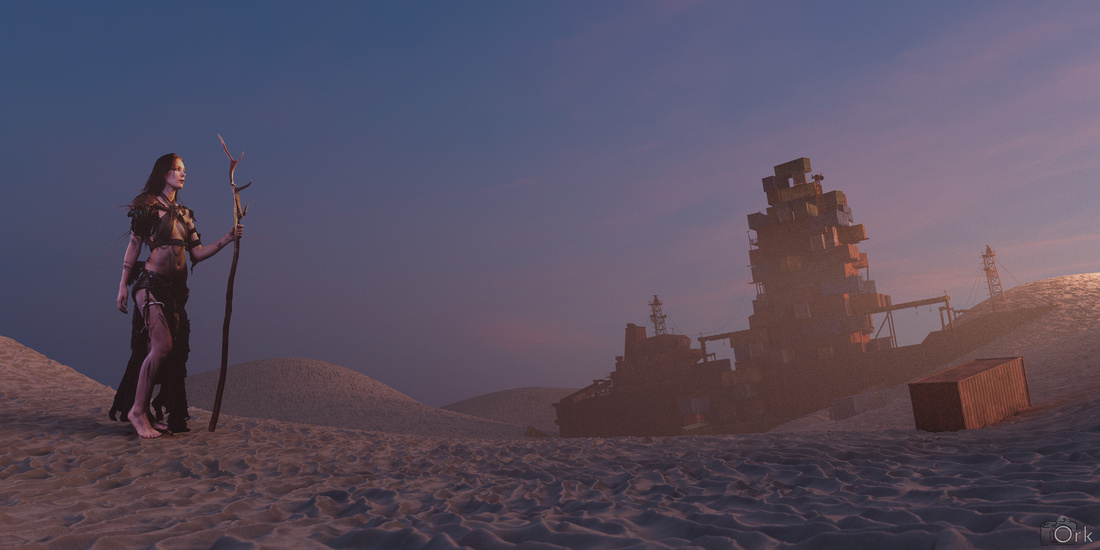 Iteration 9: close! The ground texture is much too pronounced in this version still... let's lessen that a bit!