Thank you for your patience while we retrieve your images.

There is great power in fear, you know. The primordial will to survive. To live.Can one truly live if one cannot die? Does it even matter?

Sometimes I think I remember. How it used to be.

Sunbeams, casting warm light through the forest roof. Merry voices, music and laughter. Midsummer, when the veil is at its thinnest. They would call us with their songs, dancing around the bonfire, and we would come. Did I dance with them? I think I did. I can still feel their warm, white hands in mine, the touch of their course skin, the sweet smell of their sweat...We would go into the forest afterwards, find a secluded patch of grass somewhere.Visions of beauty, and joy. Of bodies moving to the rythm of the earth itself.So tangible, so real - so like and yet so unlike our own.

Reality. It's nothing but a piss-poor joke from our creators. Or should I say: conceivers? The dreams, the visions, they are gone now. Vanished. Evaporated, into nothingness. As will we all, eventually. So why bother? I tried. Tried to disappear. And yet here I am. I think. Isn't that funny? I'm sure someone thinks it's funny. I'm not quite sure it's me.

For whatever the hell it's worth.

See also the behind the scenes gallery. 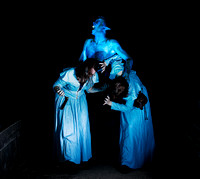 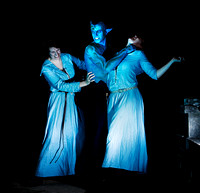 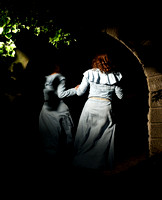 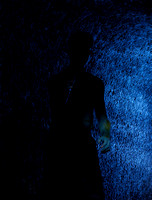 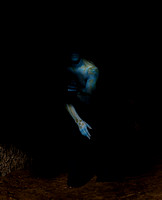 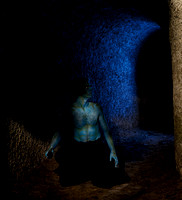